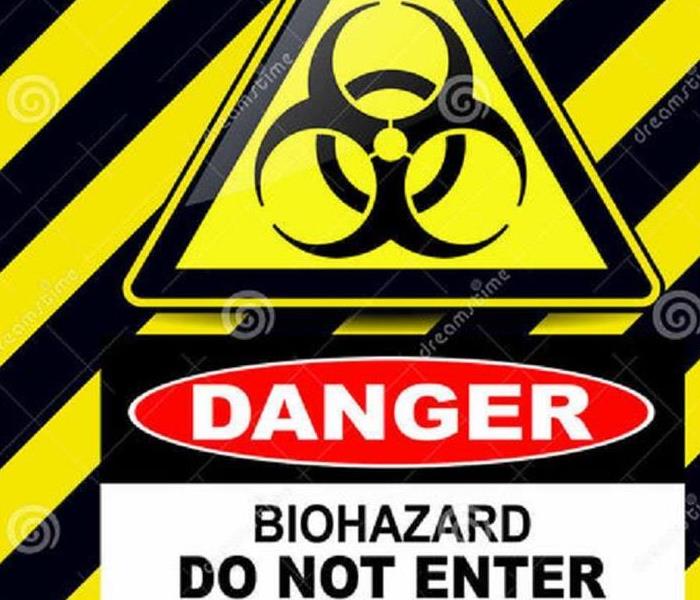 Crime scene cleanup is a term applied to cleanup of blood, bodily fluids, and other potentially infectious materials (OPIM). It is also referred to as biohazard remediation, because crime scenes are only a portion of the situations in which biohazard cleaning is needed. Such incidents may include accidents, suicides, homicides, and decompositionafter unattended death. It could also include mass trauma, industrial accidents, infectious disease contamination, animal biohazards (e.g. feces or blood) or regulated waste transport, treatment, and disposal.

have added to the popularity of the term "crime scene cleanup".

Australia, Canada and England have added it to their professional

cleaning terminology. As a profession, it is growing in popularity

because of media exposure and the growth of training programs

cleanup and crime scene cleanup. The state of California refers to

individuals who practice this profession as "Valid Trauma Scene Waste

homicide or suicide. There are many different sub-segments, named

regarding the presence of non-blood borne organics, toxic irritants

However, it is the legality of charging a fee for mitigating

registered crime or trauma practitioner from any general restoration,

activity but maturity and consolidation has created some larger

entities in the industry; only a few nationwide companies exist,

although some national carpet cleaning and restoration

removal to their services. Due to the legal and ethical complications

While the field of crime scene cleanup is not specifically regulated

as a class, most if not all of the activities performed by biohazard

practice guidelines from governing and advisory bodies such as OSHA, NIOSH, DOT, and EPA.

are properly trained in applicable federal and state regulations and

can provide documentation of proper biohazardous waste disposal from

licensed medical waste transportation and disposal companies. If in California or

Department of Health. A few states such as California, New York and

Florida are the only states that explicitly require registration or

licensing for crime scene cleanup. Other states may require biohazardous

waste transport permits from the DOT.

In the US, OSHA requires that exposure to blood-borne pathogens be

biological material is infectious. Most actions taken to limit exposure

fall under cross-contamination protocols, which provide that certain

actions be taken to avoid further spreading the contamination throughout

otherwise clean areas. CTS De-con companies should have in place, an

exposure control plan before beginning work on any trauma scene. Under

employee safety and cross-contamination protocols, the following OSHA regulations may pertain to bioremediation.

The crime scene cleaners' work begins when the coroner's

office or other official, government body releases the "scene" to the

owner or other responsible parties. Only when the investigation has

completely terminated on the contaminated scene may the cleaning companies begin their task.

Cleaning methods for removing and sanitizing biohazards vary from

practitioner to practitioner. Some organizations are working to create a

"Standard of Clean" such as ISSA's K12 Standard, Which includes use of

The first specialty trade organization for this field of cleaning was the American Bio-Recovery Association (ABRA). The largest association dedicated to the crime scene cleanup industry is the National Crime Scene Cleanup Association (NCSCA). Among other tasks, they organized cleanup procedures for Ebola decontamination in 2014.

Clean Trust (aka IICRC) is a certifying body for the cleaning trade in general. International Sanitary Supply Association (ISSA) is a global standards body and trade organization of professional janitorial and cleaning professionals.

Crime scene cleanup as a profession has been featured sporadically in

popular culture and the media. It first showed up in films when Quentin Tarantinoproduced Curdled, then after an eleven-year hiatus in the Samuel L. Jackson film Cleaner, and more recently when Amy Adams and Emily Blunt teamed up for Sunshine Cleaning. On television it has been featured in a smattering of documentaries aired on the National Geographic Channel and the Discovery Channel, as well as reality series such as Grim Sweepers.

focus as the main objective in the game, Viscera Cleanup Detail. Viscera Cleanup Detail is a PC game distributed through Steam that enables players to clean up blood and body remains after a Sci-Fi battle has occurred on a space station. Another example of crime scene cleanup in video games is Safeguard.

users to learn about the hazards of crime scene cleanup, as well as the