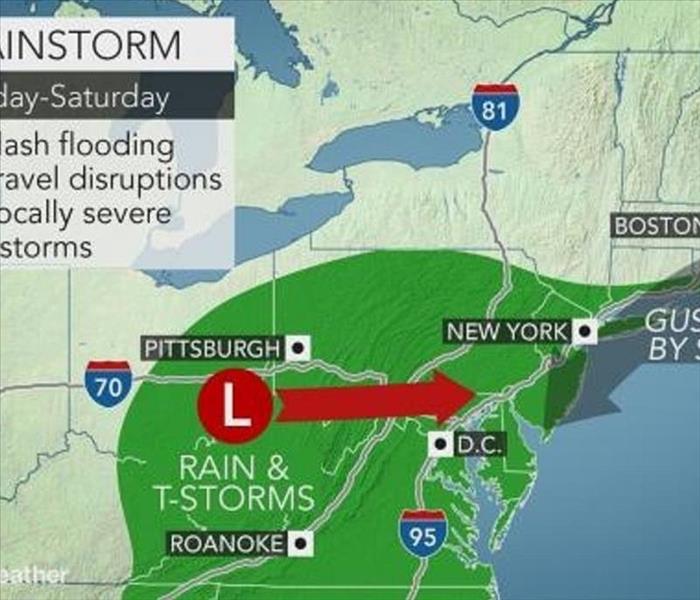 You'd better plan that outdoor party for Sunday. Or maybe some other weekend. Severe, stormy weather is expected to hit New Jersey beginning Thursday night and bring gusty thunderstorms and drenching downpours on Friday and Saturday, according to forecasters.

There is the potential for heavy rainfall Friday afternoon through Saturday morning. Areas that were impacted by heavy rainfall earlier this week will be particularly vulnerable to another round of flash flooding.

The rare storm for late July will deliver drenching rain and miserable conditions to a large part of the mid-Atlantic and southern coast of New England to end the week and start the weekend.

The rainstorm will be unusual since it will unleash steady rain for 12 hours or more in many locations as it moves slowly across the region. Typically in the summer, rainfall is limited to a few hours in the absence of a tropical rainstorm, according.

Beachgoers already have run into problems in New Jersey.

Enough rain can fall to cause flash and urban flooding. Small stream flooding is also possible as several inches of rain may fall on some locations.