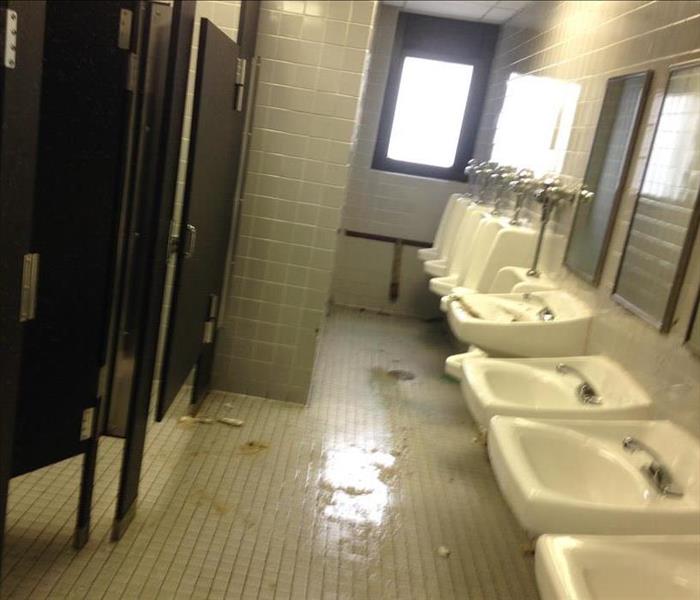 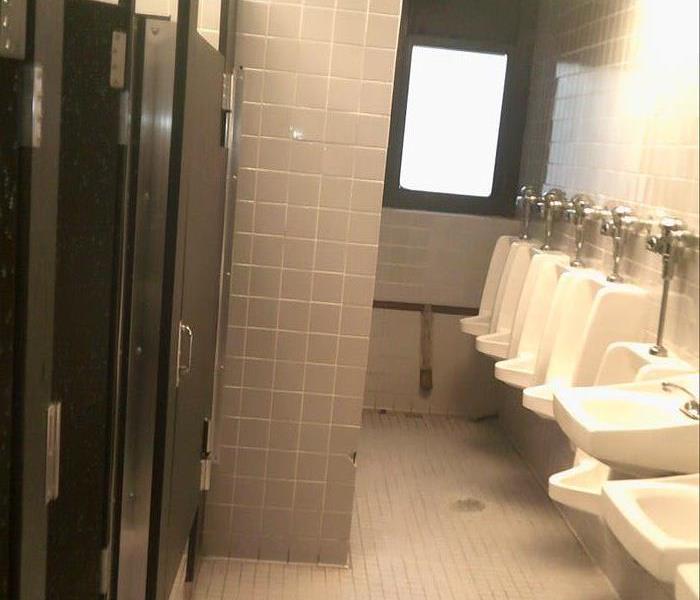 Why do pipes burst? Water pipes burst because the water inside them expands as it gets close to freezing, and this causes an increase in pressure inside the pipe. When the pressure gets too high for the pipe to contain, it ruptures.

Business contacted SERVPRO of Cherry Hill/Haddonfield due to a busted pipe on the third floor in the boy’s bathroom. The water damage affected several rooms on the third floor down to the first floor. The ceiling tiles, vinyl, and walls were affected. SERVPRO of Cherry Hill/Haddonfield was able to help. They used a number of air movers and dehumidifiers to restore the business “Like it never even happened.”

View More Before & After Photos